Vivace is a modern thrilling combination of four unique and exceptional pop and classical singers. Based primarily out of Vancouver, Melody Courage, Tiffany Desrosiers, Gabriel McDonald and Joel Ros tour extensively through the United States and Canada, captivating audiences everywhere they go.

Vivace is receiving many accoldaes in the Classical Crossover/Popera genre. Their stirring combination of powerful male voices and emotionally driven female vocals come together to create a sound that is exclusively their own. With a rich and diverse repertoire ranging from pop, to arias, to their own self-written material, Vivace undoubtedly puts a fresh new take on the classical and modern music of today.

Bringing passion and virtuosity to their unique interpretations of Romantic, Classical, Pop & Opera favorites, simply put, Vivace is “The Voices”.

Each member Vivace has a background in Opera, Broadway Musicals and the Classics. Together these artists radiant threads of pop, soul and classical influences into a luminous aural tapestry of power, performance and possibility. 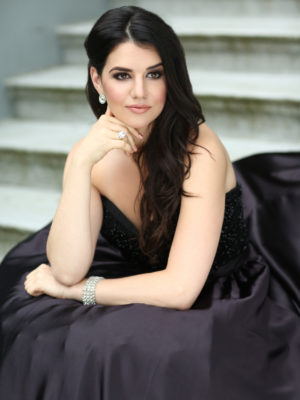 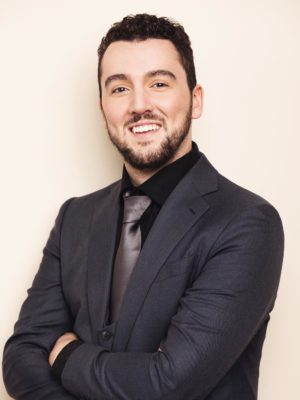 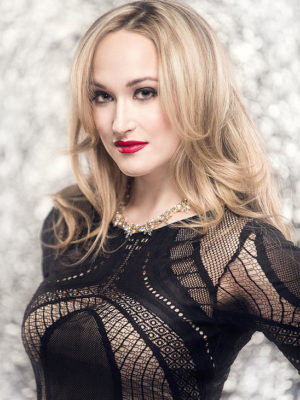 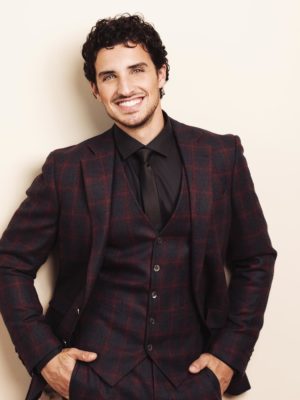 Taylor Pardell
Taylor is a classically trained soprano and cross-over artist based out of New York City, who has a passion for musical theatre, opera, and jazz. Ms. Pardell has received a M.Mus in Opera Performance from the University of British Columbia plus a B.Mus in Voice Performance from the University of Toronto. Equally at home on the concert stage, Taylor has been a soloist with the Vancouver Symphony Orchestra, the Vancouver Opera Orchestra,Opera Kelowna, and the Okanagan Symphony Orchestra, Recent operatic roles include the title role in The Cunning Little Vixen/Příhody Lišky Bystroušky in the Czech Republic. Taylor is grateful to have her voice and performance videos being used as part of the Pre-Show Entertainment for Metallica: WorldWired Tour.

Gabriel MacDonald
Gabriel is the perfect blend of baritone and tenor, delivering emotional heartfelt performances from beginning to end. Originally from Nelson B.C. Gabriel resides in Victoria, B.C. where he graduated from The Canadian College of Performing Arts with The Founders Award for achievement in musical theatre. As a vocal soloist he has performed in Carmina Burana and has performed with the legendary David Foster and the Victoria Symphony Orchestra. He is very active in Musical theater with featured roles as Rocky’ in Rocky Horror Picture Show, Jesus in Jesus Christ Superstar, Trout Stanley’ in Trout Stanley, Cinderella’s Prince in Into the Woods, Sweeney Todd in Sweeney Todd and Javert in Les Miserables.

Tiffany Desrosiers
Soprano Tiffany Desrosiers received her Bachelor of Music Degree from the University of British Columbia. Tiffany recently performed the role of ‘Köningin der Nacht’ in Mozart’s Die Zauberflöte. She was a finalist in the 2012 Unsigned Only competition and received an honorary mention in the Vocal Performance category. During the 2010 BC Summer Games, Tiffany was handpicked to record and perform the theme song “Because We Dream”. On three separate occasions, she won BC Provincials in Intermediate, Senior and National Classical Voice and later went on to represent British Columbia at the Nationals in New Brunswick. Tiffany’s talents have awarded her the opportunity to perform and collaborate with many well-known artists such as David Foster, Mark Masri, Ben Harper, Jackson Browne, Colin James and Loverboy.

Joel Ros
With one of the most beautiful voices to grace the classical crossover genre, Pittsburgh singer-songwriter Joel Ros captures the hearts of audiences with his unique style of pop infused with a classical flair. He trained extensively for over ten years with an SLS private voice instructor and attended performance training courses in Nashville. Joel performed in the opening act for Grammy award winning pop star, Ke$ha in Pittsburgh in 2018. Through his own songwriting, Joel explores tenants of love, strength, and the courage required to stay true to one’s self. Joel has composed over 100 songs and plans to return to the recording studio to begin recording his second original studio album entitled Perfect Love. He is fueled by his passion for music and his love for singing.

“Vivace is the next big classical-pop artist to emerge from Canada! I am blown away. Absolutely beautiful.”