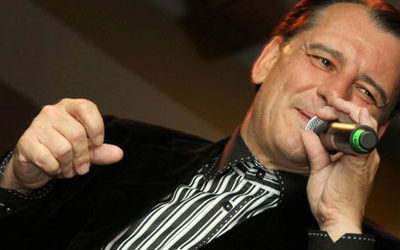 Lou Marocco’s powerful vocals and his warm, charismatic, showmanship style will inspire and amaze you. Lou is lively, energetic, and even though you may witness his pure talent among a huge crowd, you always feel like one of the family. His music has no age or cultural boundaries….everyone always has a great time!

In recent years Lou has enjoyed two exciting and successful tours in Rome, Italy and has released 4 cds. Lou has performed for numerous events including performances for Electronic Arts, Concert Properties, the Vancouver Children’s Hospital Gala and the Vancouver 2010 Olympics. He has been the featured entertainer at many casinos such as The Grand Villa Casino and a New Year’s Eve performance at Lake City Casino in Penticton. In addition to his tours in Italy he has performed world wide including concerts in Puerto Vallarta.

Dance the night away as you let your emotions be stirred to the magic of yesteryear, to the sounds of Neil Diamond, Elvis Presley, Frank Sinatra and Louis Prima. Truly in his element when performing, Lou engages guests of all ages with a timeless experience. He is available for private and corporate functions alone or with his band.

“The audience loved him. We would definitely have him back some time in the future.”