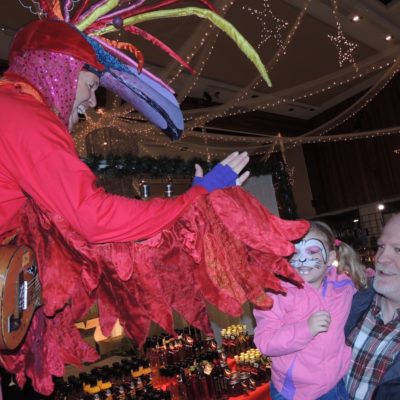 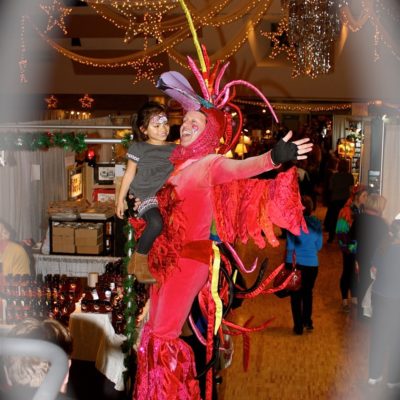 Ruffle Redbird is a whimsical creature who spreads music and fun with his “Let’s make A Song” Show. Either strolling or on stage Ruffle takes suggestions from the crowd and helps create a brand new song on the spot. From the stage or from their seats – or just in the streets – the audience has a great time creating and performing their wild new hit, led by Redbird and his groovy guita-lele. Plus the added fun of rocking out to hit songs, from One Direction to Led Zeppelin.

Ruffle Redbird is professional actor/singer/musician/circus artist Peter G-G. Peter has played at major festivals and events across Canada and beyond for over twenty five years.

“”Grandparents to babies in strollers were completely engaged at the hilarious lyrics and antics of this funny bird on stilts.”